Since 2010, Texas cities have been passing and implementing local single-use bag ordinances to curb local pollution that costs local taxpayers for cleanup. The rural west Texas town of Fort Stockton was the first city in the state to have a “bag ban”, but other cities large and small followed suit.

But, these ordinances were recently challenged at the Texas Supreme Court by bag makers, the Texas Chemical Council, the Texas Retailers Association, and Merchants Associations, among others, when they questioned how bags should be defined. Under state law, the Texas Solid Waste Disposal Act says local governments may not restrict or prohibit “the sale or use of a container or package.” Bag ban advocates feel this definition wrongly encompasses bags pointing to cardboard boxes and rigid plastic to-go containers as examples more fitting of this definition instead.

In July 2018, the Texas Supreme Court overturned all bag ordinances. The justices wrote, “City ordinances cannot conflict with state law,”…“The wisdom or expediency of the law is the Legislature’s prerogative, not ours. We must take statutes as they are written, and the one before us is written quite clearly. Its limitation on local control encompasses the ordinance.”

In alignment with Governor Abbott signing legislation that revoked local control on the City of Denton’s 2014 fracking ban and Austin’s 2016 requirements for stricter background checks for ride-share employees, this is yet another Big Brother move where state government overreaches to affect local control policies. 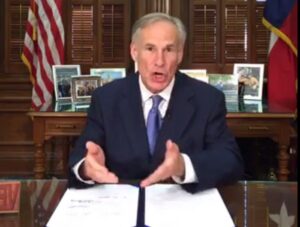 According to the BagTheBagsTX.org website, the following cities enacted bag ordinances in Texas, which were all reversed:

And cities that have proposed single-use bag ordinances currently include: 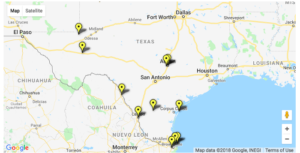 Courtesy of the Texas Tribune

Over the past 6 legislative sessions, Texas lawmakers have tried relentlessly to undo bag ordinances at the local level. This has caused strange bedfellows to band together in the fight:

Hold retailers to their commitment:

Now that all bag ordinances in Texas have been thwarted, companies like Hobby Lobby and The Dollar Tree have immediately brought back single-use bags and many will jump on the bandwagon. But advocates are calling on retailers, such as Target, HEB, Randalls, Walmart, and others to maintain bag restriction policies internally and not bring back the bags to the checkout register, which can help communities protect health and tax dollars.

To take action demanding these types of retailers in Texas continue to #BagTheBags, please call or email their corporate offices and/or post your message on social media and make sure to tag the company.

Together, we can have a Texas free from #PlasticPollution!